The new project has started: re-publishing the old phonograph recordings

Finally, after dreaming about this for over a decade, the project of re-publishing some of the old phonograph recordings of Karelian kantele players has come true, and the work has started. The amount of work will be huge, and the project will probably last for several years, but the results will be published bit by bit along the way. The first single release will come out already this spring.

In the archives of the Finnish Literature Society there are copies from the phonograph (and parlograph) recordings from the beginning of the 20th century. Among them there are a little over 30 copies from old karelian kantelerecordings. Unfortunately most of them are of poor quality, and so far it hasn’t been reasonable or possible to publish them.

Nevertheless, the recordings have a special, intriguing spirit–like a dim window allowing time travel, or an archelogical treasure only waiting to be excavated. Thus, I decided to make a jump to the deep end and play along with the old recordings, and continue by weaving the music forward. 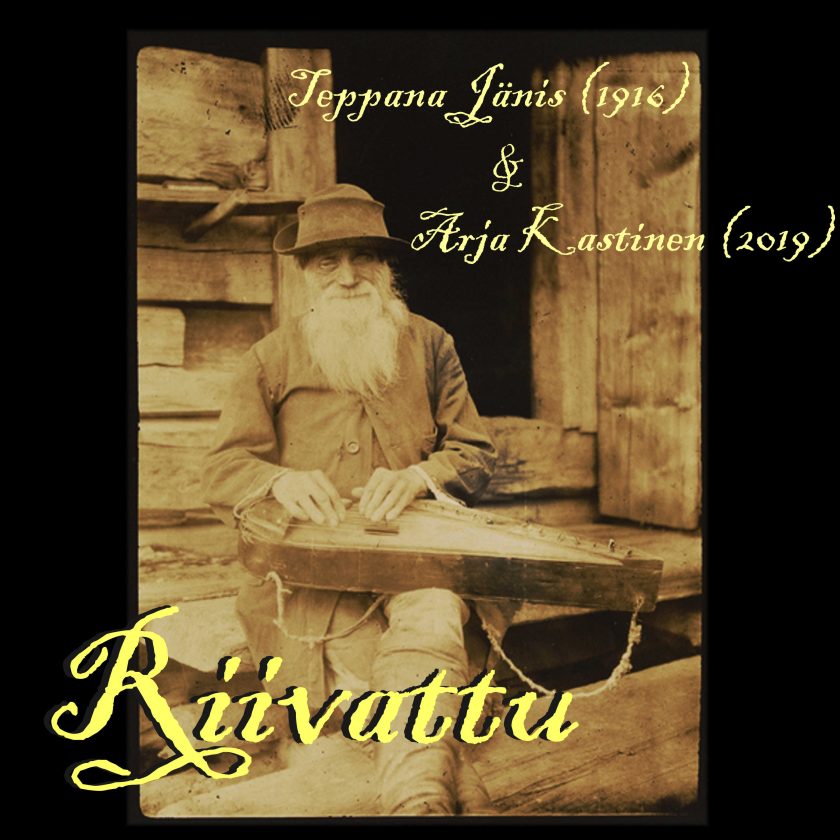 The first single release is going to have two tunes played by Teppana Jänis: Riivattu (alias Ristakondra) and Ruohtalazen falssi. The digital release will be published by the Ääniä Records some time in March-April, 2019. The original recordings were made by A. O. Väisänen in the summers of 1916 and 1917. The sheet music of the original tunes are published in the KIZAVIRZI-book.

As for the music I will try to reach the aesthetics of the original culture. One important part of it is that the music variates, it never gets stuck in one interpretation but it keeps on changing along the time. I will play several parts and combine and edit them with an audio processing software. I hope that this will inspire other musicians to play and use these old tunes, as well.

The cover image is by Väisänen (the photo is from the National Board of Atiquities in Finland). In it Jänis doesn’t play the old hollow kantele but a round-ended kantele which is made from several pieces of wood. In my recordings I will use a kantele that resembles the one in the photo. My replica is made by Rauno Nieminen. The original instrument was brought to the National Museum probably by Väisänen from Korpiselkä in 1916. I’m using on this release also another replica made by Rauno Nieminen–a brass string kantele from Suistamo (Iivana Shemeikka, 1906).

I will continue with Teppana Jänis for sure, and also some other amazing, old kantele players will be coming along later on.