I had the wonderful pleasure to visit a kokle weekend course in Latvia, Dauguli, June 28-30, organized by Laima Jansone and the Kocēni Municipality.

On the 30th of June we also took part in the 155-year anniversary of the Latvian Song festival in Dikļi. 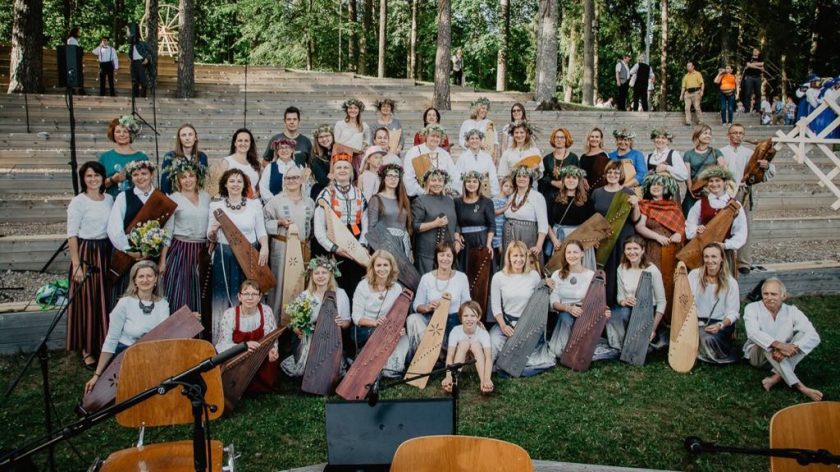 The kokle course had ca. 40 participants who attended different kinds of workshops about playing the kokle, traditional singing, lullabies, and my subject about the karelian kanteleimprovisation with the old plucking technique. The atmosphere was–as I so often have experienced while visiting the Baltic countries–inspired, excited and energetic. The future of kokle seems extremely positive! 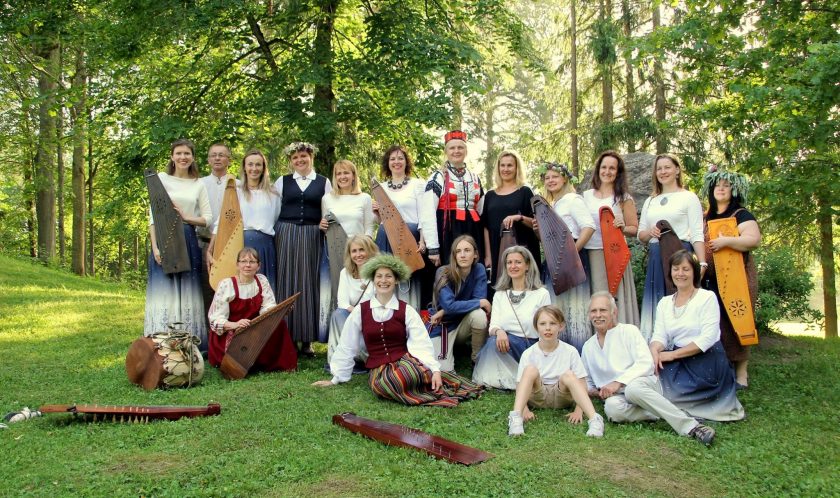 Kokle and kantele belong to the same family of instruments called the Baltic Psalteries which include also the Lithuanian kanklės, Estonian kannel and the Russian gusli. Typically the kokle has the extension of the front plate–the wing–beyond the tuning pegs, but in the Kurzeme region they have built kokles without the wing. During the songfestival in Dikļi the kokle master Eduard Klints showed me one 19th century Kurzeme 6-string kokle. I was astonished how much the shape of it resembles the 19th century Finnish 5-string kanteles hollowed out from the top. Only the typical Finnish-Karelian feature, the ponsi, was missing, and instead of it there is the round end. 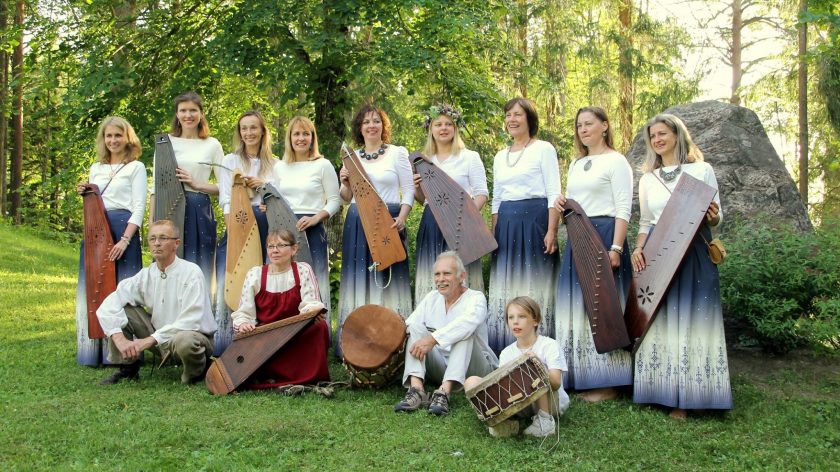 The kokle-group Austras Koks. Kokle-master Eduards Klints is on the left on the first line. I got the pleasure to pose with the group.  🙂

Master Klints has also built double-string kokles, which he told had emerged in Latvia after the mandoline had arrived.

Dagnija Pārupe is playing the double-string kokle made by Eduard Klints. 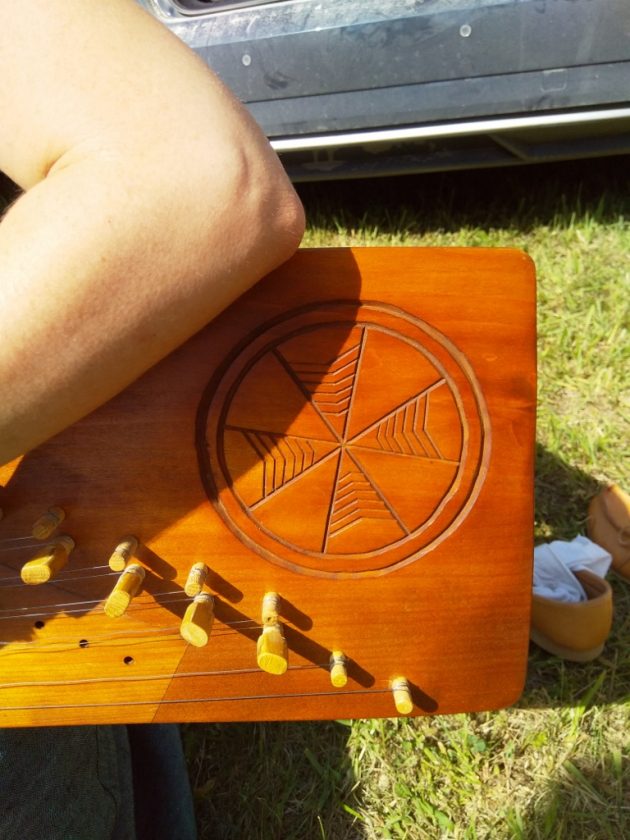 Below some photos from the Dikļi manor. 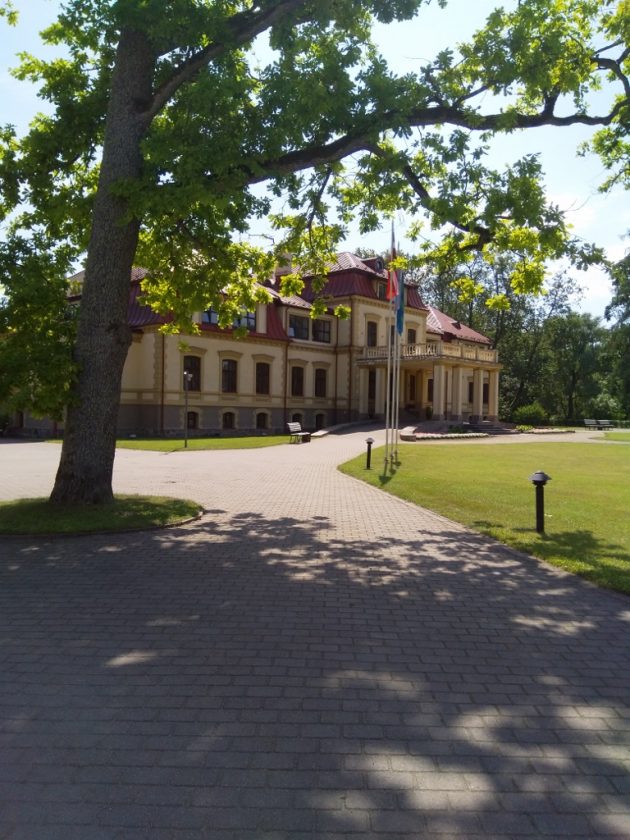 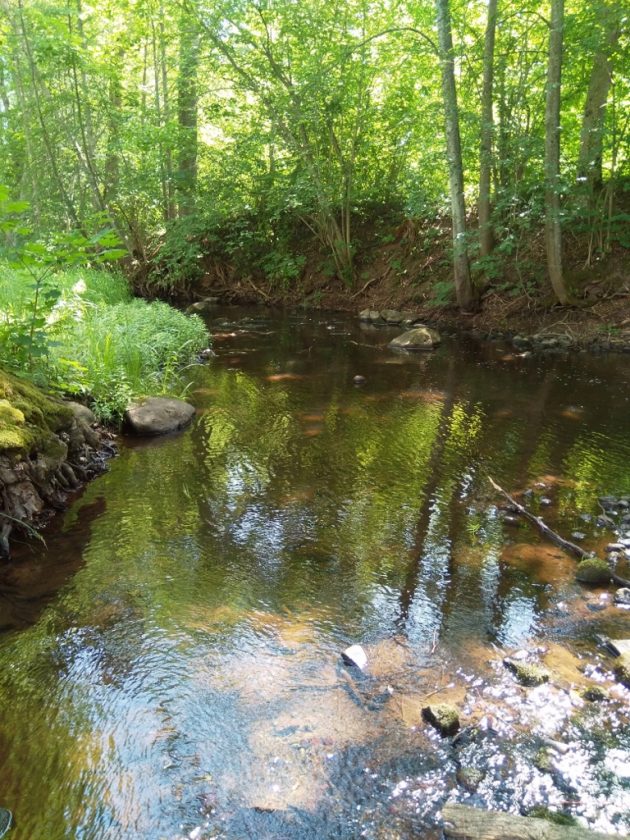