In the Footsteps of Wilho Saari 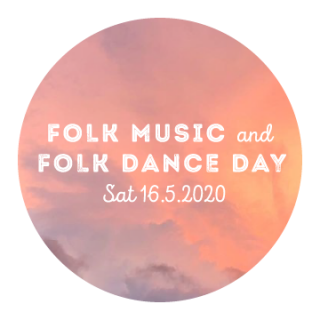 Wilho Saari, born in 1932 in Naselle, Washington, USA, is a fifth-generation kantele player down from the famous Finnish kantele icon Kreeta Haapasalo 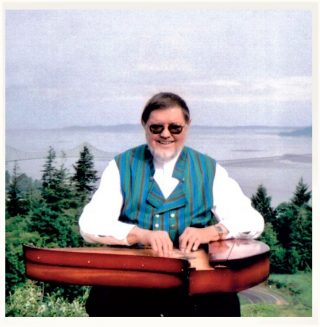 I grew up hearing my dad play the kantele most every night after work. He played the Perhonjoki style [from the short side] because he came from Halsua. In 1949 my dad got a Paul Salminen concert kantele #97. We also got a learning book on Paul Salminen’s playing [from the long side].

…In 1964 we went with our children…[to Finland]. On this trip I met Eino Tulikari in Jyväskylä. Eino was my dad’s 1st cousin and Eino was also my wife Kaisa’s music teacher in keskikoulu in Jyväskylä. Eino and Aino took me with them to Halsua, where my dad was from, to spend several days meeting other relatives and seeing the places where dad grew up. While there I got to hear Eino play the kantele. He played in the same way dad did, Perhojoki style.

Although Wilho Saari Jr. started to learn and make music already as a child, he didn’t start to play the kantele until in 1982 when he was 50 years old. At the age of 9, he started to play the piano, and at school he played also trumpet, baritone horn and bass. In 1956 he got the Bachelor of Arts in Church Music in the Northwest Bible College and in 1958 the Bachelor of Arts in Music Education in the Seattle Pacific College.

Wilho Saari playes the big kantele from the long side. Photo: Julene Johnson.

… in my earlier years kantele was dad’s thing. So, 14 years after dad passed away, I decided to see if I could make music with the kantele! I took dad’s kantele down from hanging on the wall and decided to play it the ‘newer’ way – Haapavesi style [from the long side]. I wish I would have started as a teenager as I have have so enjoyed palying it. I taught my daughter how to play and she does it the Haapavesi style. My sister started a few years after I did, and she decided to do it the way dad played [from the short side].

The way Wilho makes kantele music is an intriguing mix of elements and esthetics from both the old and the modern music culture. He has created his own playing style based on the tradition of his Finnish ancestors. He continues the creative kantele tradition reaching beyond generations by making music about events in his everyday life. It is like a musical diary which also gets very close to the way how the 19th century Karelian kantele players improvised their own moods on kantele:

[Jehkin Iivana had a true nature of the artist… He was easily falling into the power of moods. If then happend a kantele be on hand it reflected in its tones the corresponding moods. […] One of the most memorable moments I spent with the old man was when the meeting had ended and we sat together in the small side room. Here, sitting face to face, we talked about the deep topics of life, and the old man played at his highest ecstacy, alternately gloomy, alternately happy moods.] [Translated by the writer.]

The difference between the previous mentioned players and Wilho Saari is that Wilho also writes his music down:

Thus, there are thousands of songs by Wilho, and many of them have only numbers as titles. Sometimes there is a subtitle under the number to describe the situation like: “XI-26, Watching Peter, Paul and Mommy! – 10–12 p.m.”

Even though Wilho Saari and his big kantele playing style represents newer music culture than the old Karelian small kantele players with their old playing technique, I still see him as a fascinating link in the long continuum of improvising kantele players. His music lives in time. Whether the same melody or fragment is used several times is not important because the music transforms according to the moment it is played. The importance lies in the meaning of that moment.

When I play alone I seldom play a tune the same way. Each time I may change the left hand chord pattern, sometimes add various trills to the right hand. Sometimes I may put the melody in octaves. A few times I’ve even put [the left hand] accompaniment in the upper register and the melody an octave lower. I usually let “my fingers do my thinking”. 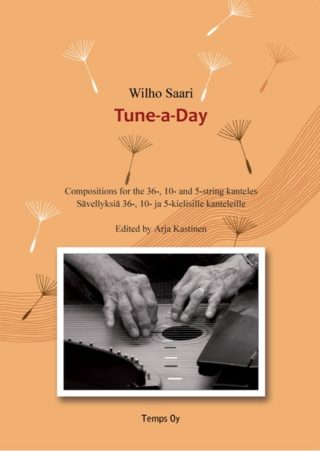 In 1992 Wilho got a 10-string kantele as a retirement gift made by his daughter’s husband, Greg Nelson. And, in the same way as with the big kantele ten years earlier, he entered the world of this new instrument with joy, curiosity and desire to experiment. The result was over 90 tunes in the first six months! He playes the small kanteles mainly with the old plucking technique.

Let us thus follow this esthetics, and tell about our day and life with the means of music!

In the footsteps of Wilho Saari I started my own weekday series of which I’ve finished Sunday, Monday and Tuesday, so far.

Tuesday is also part of the Folk Music and Folk Dance Day, May 16, 2020, at KamuKannan Livelava. 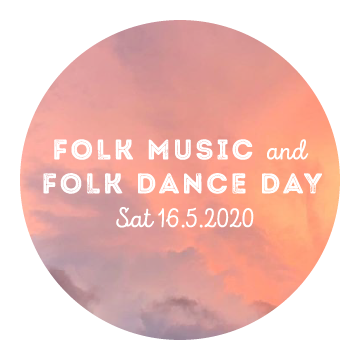